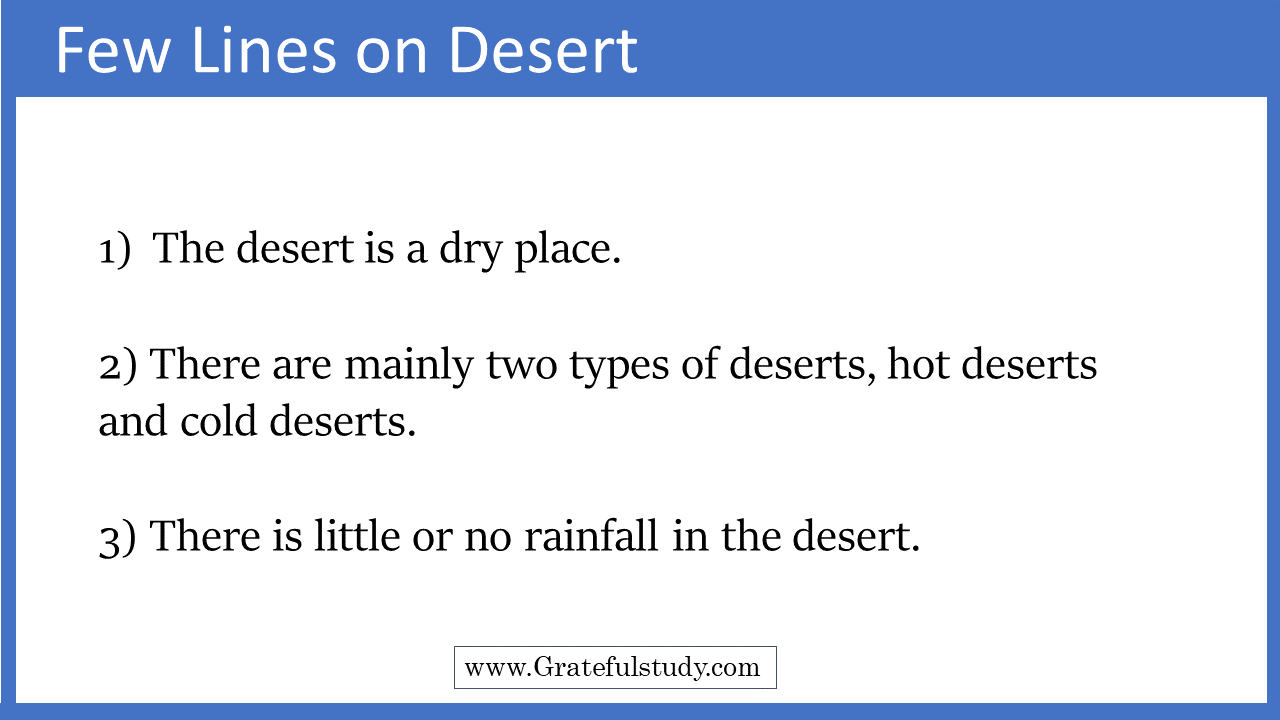 Hello Students here you will read Few Lines on Desert. The desert is a barren place where there is a lot of hardship for living creatures. Where there is a severe shortage of food and drink for the animals.

Lines on Desert in English :-

2) There are mainly two types of deserts, hot deserts and cold deserts.

3) There is little or no rainfall in the desert.

4) Vegetation is also rare in desert areas as it does not have proper rainfall or climate.

5) The coldest desert in the world is Antarctica.

6) Sahara is the hottest desert in the world.

7) There are usually cactus plants in the desert.

8) There are camels for transportation in the desert which is also called the ship of the desert.

9) Gobi Desert is the largest desert in Asia.

The deserts are prone to droughts for a long time and the rainfall is scanty or negligible.

India has 85 percent of the Thar Desert and 15 percent in Pakistan.

The main river in the Thar Desert is the Luni. The water in the river reaches during the monsoon.

Bikaner – This city is also located in the state of Rajasthan.

Jodhpur – This city is also part of the Thar Desert. It is also known as the Blue City.

Great Rann of Kutch – It is also part of the Thar Desert which falls in the state of Gujarat.

Little Rann of Kutch – It is also part of the Thar Desert which falls in the state of Gujarat.

Ladakh – This is a part of Union Territory of India.

Spiti Valley – This is a cold desert in the Indian state of Himachal Pradesh.