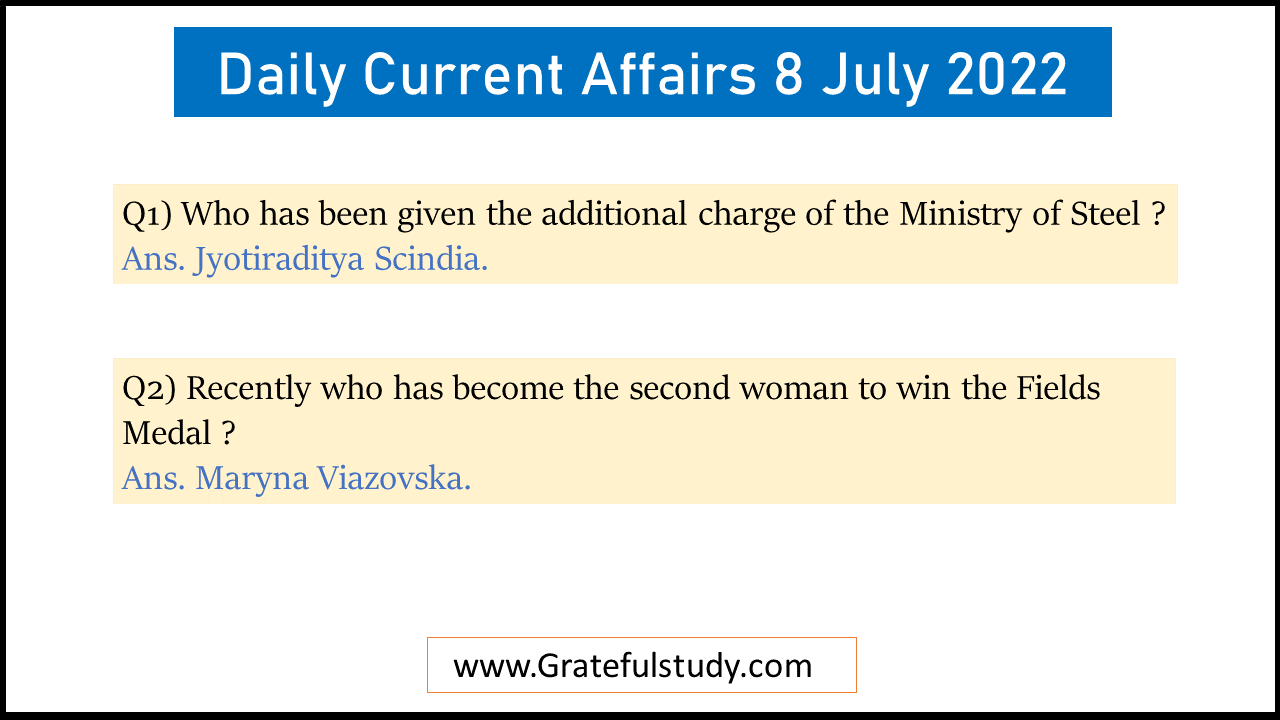 Hello Readers here you will read Daily Current Affairs 8 July 2022. You Know about this , Current GK is important part of Every Competitive Exam. You should have proper knowledge of Events.

Q1) Which country has signed agreement for supply of technology for Kudankulam Nuclear Power Plant in Tamil Nadu ?

Q2) Who has been given the additional charge of the Ministry of Steel ?

Q3) Recently who has become the Force Commander of the United Nations Mission in South Sudan ?

Q4) Which Union Minister has unveiled the statue of Swami Ramanujacharya – “Statue of Peace” in Srinagar, Jammu and Kashmir ?

Q5) Recently who has become the second woman to win the Fields Medal ?

Q6) According to the report of Center for Monitoring Indian Economy (CMIE), the unemployment rate of the country has increased to what percent in April ?

Q7) Recently who has been nominated as a Rajya Sabha member ?

Q8) Finally In which institute an artificial intelligence center has been inaugurated ?

Ans. By the Ministry of Environment, Forest and Climate Change.

Q11) Recently , Who has been given the additional charge of the Ministry of Minority Affairs ?

Q12) South Indian Bank has tied up with which department for digital payment collection ?

Q13)  The Central Government has asked the companies to cut the price of edible oils by up to Rupees ?

Finally All the Questions are important for Exams And If you want  you can read Monthly Current Affairs. We will try to update Current Affairs daily.

Undoubtedly You can ask your question , we will try to answer as soon as possible.