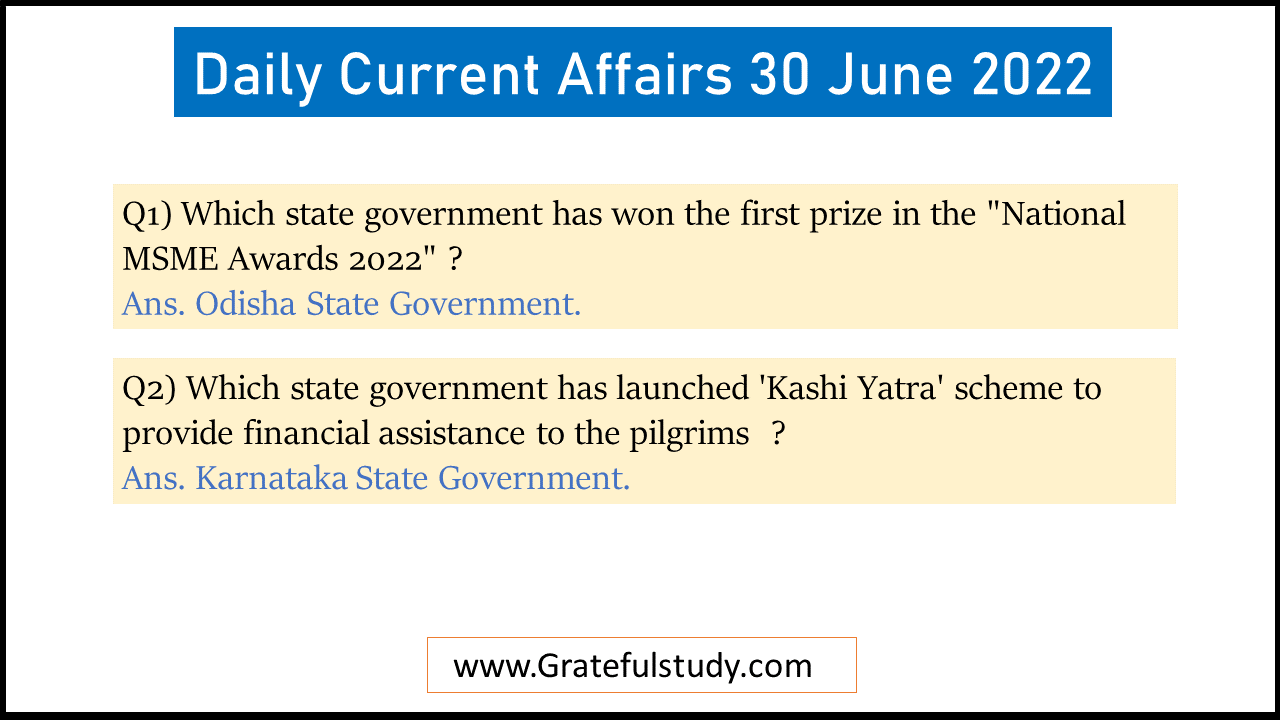 Hello Readers here you will read Daily Current Affairs 30 June 2022. You Know about this , Current GK is important part of Every Competitive Exam. You should have proper knowledge of Events.

Q5) Who has recently been elected the first woman speaker of the lower house of the French Parliament ?
Ans. Yael Braun – Pivet.

Q7) NASA has launched its first commercial rocket outside America from Arnhem Space Center in which country ?
Ans. Australia.

Q8) Which medal has been won by Deepak Punia in “U23 Asian Wrestling Championship 2022” in Bishkek, Kyrgyzstan ?
Ans. Bronze medal.

Q9) Which Kollywood actor has become the first Tamil actor to be invited for the Oscars ?
Ans. Suriya.  ( Suriya is a Tamil Actor )

Q11) For which Hindi poetry collection Ramdarash Mishra has received Saraswati Samman ?
Ans. ‘I am here’  ( Main to yahaan hoon )

You can read Monthly Current Affairs. Above all Questions are selective. And we have added in addition information , hope you found valuable.

You can ask your Question Undoubtedly we will try to answer as soon as possible.