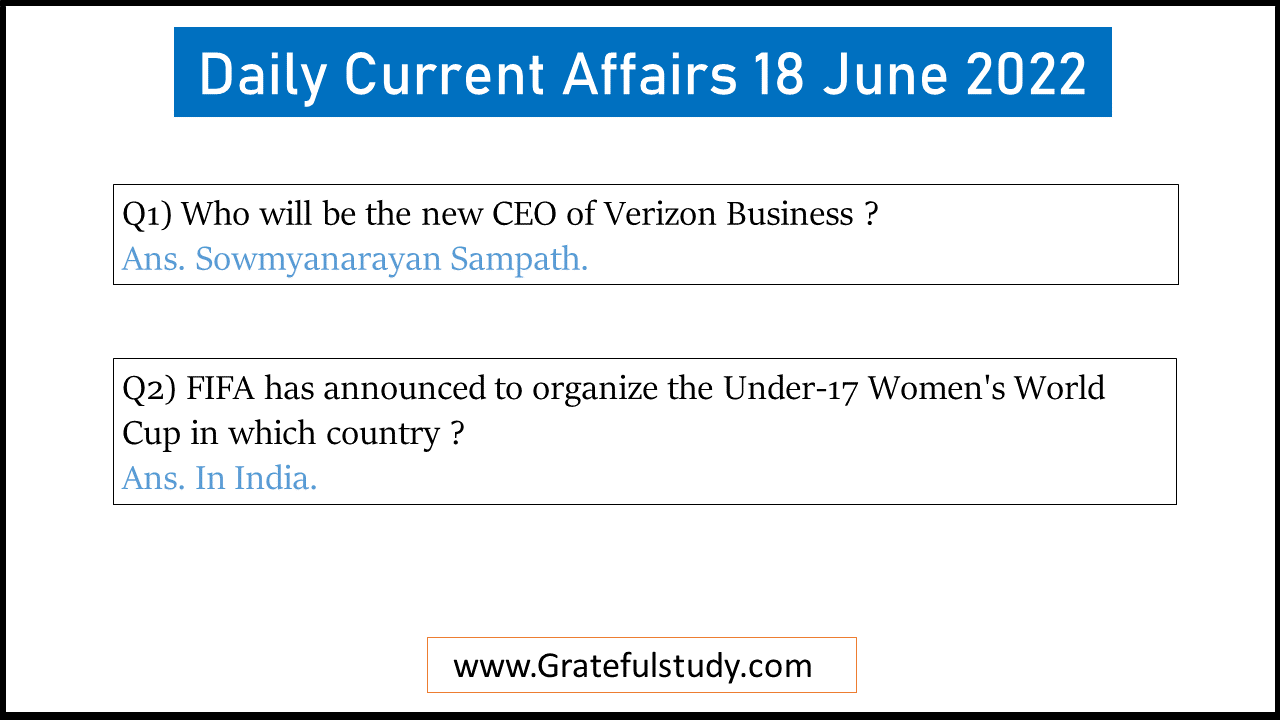 Hello Readers here you will read Daily Current Affairs 18 June 2022. You Know about this , Current GK is important part of Every Competitive Exam. You should have proper knowledge of Events.

Q3) Who will be the new CEO of Verizon Business ?
Ans. Sowmyanarayan Sampath.

Q4) Which bank has recently been approved by SEBI for IPO in June 2022 ?
Ans. Tamilnad Mercantile Bank.

Q5) In which city of Himachal Pradesh, the International Literary Festival “Unmesh” is being organized at the historic Gaiety Theatre ?
Ans. In Shimla.

Q6) Who has been named as the new chairperson by COAI (Cellular Operators Association of India) for 2022-23 ?

Q7) Recently which country has banned the re-export of wheat and flour from cereals originating in India ?

Q9) FIFA has announced to organize the Under-17 Women’s World Cup in which country ?

Q10) From which IIT the training of Prithvi-II missile has been successfully launched ?

Finally here you read Current Affairs June 2022. And you can read Monthly Current Affairs. Above all Questions are selective. And we have added in addition information , hope you found valuable.

You can ask your Question Undoubtedly we will try to answer as soon as possible.