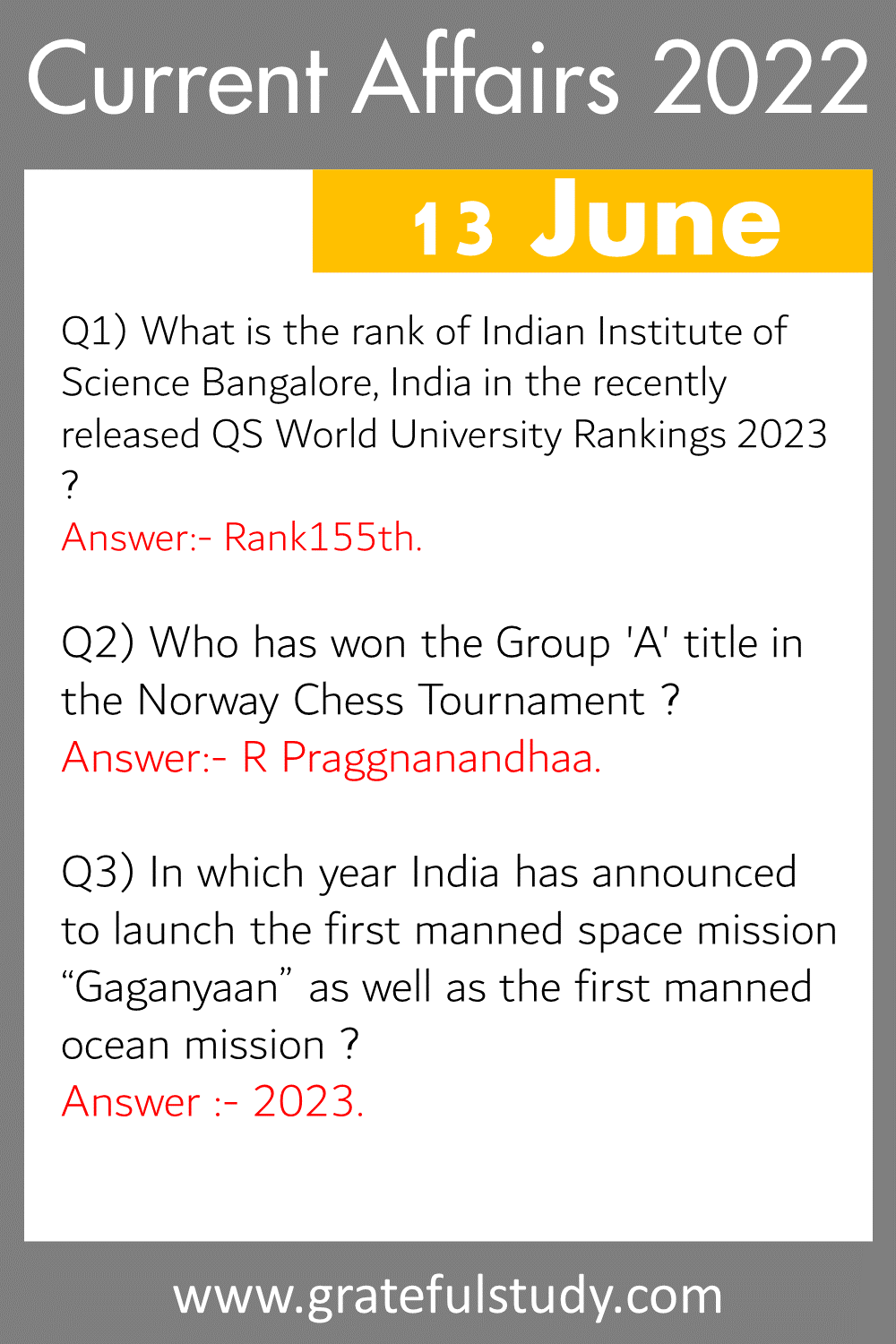 Q1) What is the rank of Indian Institute of Science Bangalore, India in the recently released QS World University Rankings 2023 ?

Q2) Who has won the Group ‘A’ title in the Norway Chess Tournament ?

Q3) Who will be the presiding officer of the 16th presidential election 2022?

Q5) Which country has become the top recipient of FDI in the year 2021 in the World Investment Report 2022 released by UNCTAD ?

Q6) According to the recently released UNCTAD’s World Investment Report, what is the position of India ? Answer:- Seventh place.

Q8) Which institute has topped the QS World University Ranking 2023 ?

Essay about Myself 100 words