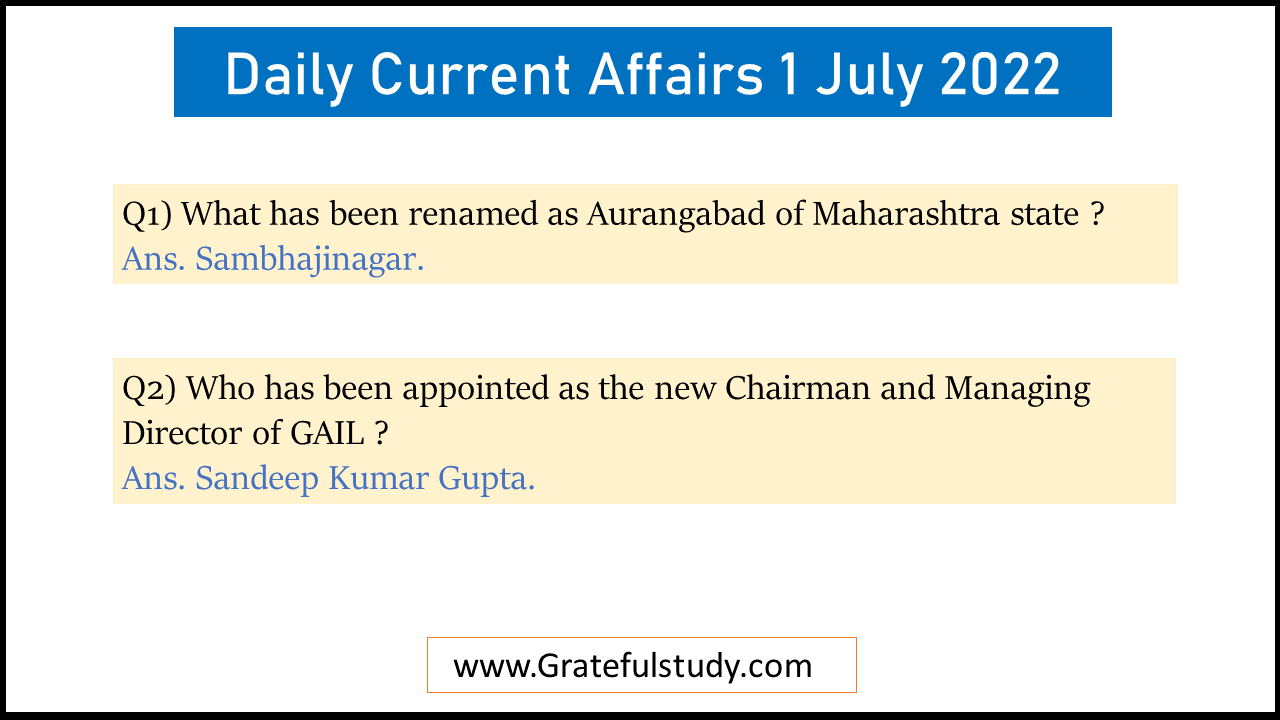 Hello Readers here you will read Daily Current Affairs 1 July 2022. You Know about this , Current GK is important part of Every Competitive Exam. You should have proper knowledge of Events.

Q1) What has been renamed as Aurangabad of Maharashtra state ?

Q2) Who has been appointed as the new Chairman and Managing Director of GAIL ?

Q3) The Chief Minister of which state has inaugurated T-Hub 2.0, the world’s largest innovation complex in Hyderabad ?

Q5) Which country’s “Busan University of Foreign Studies” has set up an India Center to promote India-centric activities in the university ?

Q6)  Who has become the first player to win 80 matches in all four Grand Slams ?

Q7) Which Union Minister has launched the second phase of “Going Online as Leaders (GOAL)” program in New Delhi ?

Q8) Who has become the 36th ranked Test captain of India ?

Q9) Which space agency has launched the CAPSTONE mission on the Moon ?

Q10) In which state the Indian Coast Guard has commissioned the Advanced Light Helicopter Mk III Squadron at Porbandar ?

Ans. In the state of Gujarat.

Q11) Who will be the new Chief Minister of Maharashtra ?

Q12) What has been the name of Osmanabad in Maharashtra state ?

You can ask your question , we will try to answer as soon as possible.